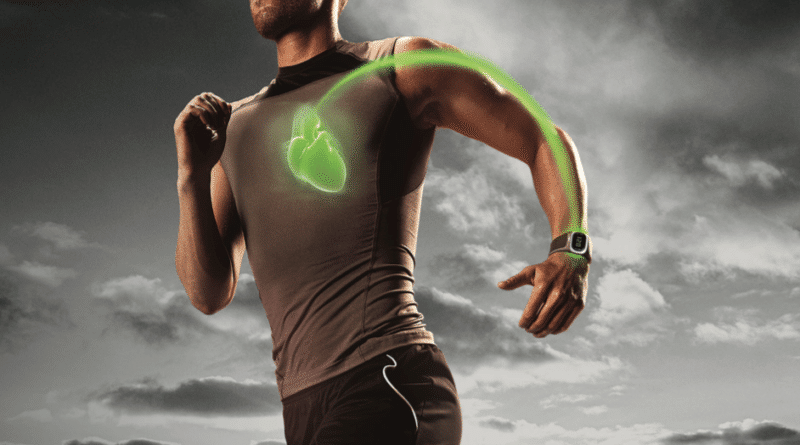 Welcome to the second part of this series examining: are fitness trackers fit to track your fitness?  In this three-part series, we are examining the scientific data on the accuracy of such trackers for the three most popular uses: activity/step count tracking, heart rate tracking, and sleep tracking.

In our first part, we examined activity/step count tracking noting that research suggested that most activity trackers seem to track steps relatively accurately BUT whether this made a difference in people’s behavior or activity remains questionable.

Unlike step counting or sleep tracking, heart rate tracking may have serious implications if done incorrectly.  For example, if a heart rate tracker underestimates actual heart rate during exercise, someone may work our harder and harder to increase heart rate, potentially into a dangerous heart rate zone.  Alternatively, if the tracker overestimates heart rate with light exercise, people may limit their exercise resulting in sub-optimal conditioning and less health benefit.

What do the data show?

A recent research study published last year by researchers at the Cleveland Clinic (Wang et al, 2016) in the prestigious journal, JAMA Cardiology, sought to examine the “Accuracy of Wrist-Worn Heart Rate Monitors”.  They examined popular devices such as Apple Watch, Fitbit Charge HR, Mio Fuse and Basis Peak, and compared these with a proven accurate chest strap based heart rate device (Polar H7) as well as the gold standard of EKG patches on the chest.

The researchers examined 50 healthy adults with these devices and exercise on a treadmill at 2, 3, 4, 5, and 6 miles per hour to see not only whether the devices were accurate, but whether the accuracy changed with increased activity.

As expected, the Polar chest strap was 99% accurate.  Apple Watch and Mio fuse were 91% accurate, with Fitbit Charge and Basis Peak coming in at 84% and 83%, respectively.  Although the 91% sounds reasonable, at a higher heart rate like maximal activity (e.g. 150 bpm), this would mean a potential underestimation of heart rate by 15%.  But the problem is actually worse than this.  As activity increased, the accuracy of the devices decreased.

The study estimated that the actual heart rate from, say Apple Watch, falls within -27 beats per minute and +29 beats per minute of the EKG (this is called the 95% confidence interval statistically).  As the researchers state, “In general, the accuracy of wrist-worn monitors was best at rest and diminished with exercise.”

This is a problem because the main reason to wear heart rate monitors is to evaluate how you perform during activity rather than rest.  One potential reason for this greater inaccuracy at exercise is that these monitors are on the wrist and the arms tend to swing more with exercise jostling the monitor and its contact with the skin.  With such inaccuracy at activity, it could represent a significant health risk for patients using these for some form of health maintenance or improvement, as discussed above, particularly if the heart rate is underestimated.

Fitbit has previously stated and continues to state that although their internal testing shows an error of fewer than 6 beats per minute, they are not meant to be medical devices.  Unfortunately, heart rate trackers are the ones most likely to be used to monitor or manage medical conditions such as, obviously, heart rhythm disorders.

Fitbit has been under particular pressure recently with a class action lawsuit being filed in early 2016 for Fitbit owners who bought the devices to track their heart rates.   A recent set of validation studies published by researchers from University of Wisconsin (Annals of Internal Medicine 2017) has show error rates up to 25%.  A February 2016 analysis by researchers at Ball State University in Indiana (Jo and Donezal) showed similar substantial errors with Fitbit technology leading the authors to conclude:

“Overall, the results of this investigation demonstrate that the PurePulseTM technology integrated into Fitbit’s heart rate monitoring devices is not a valid method for heart rate measurement, and cannot be used to provide a meaningful estimate of a user’s heart rate.”

In conclusion, although Fitbit has received most of the negative press on this issue since it is the most popular device, the current evidence suggests that all the current wrist-based heart rate devices are inadequate to track heart rate, particularly if the user is working out.

In our next blog, we will examine the accuracy of fitness trackers on sleep quality measurement.