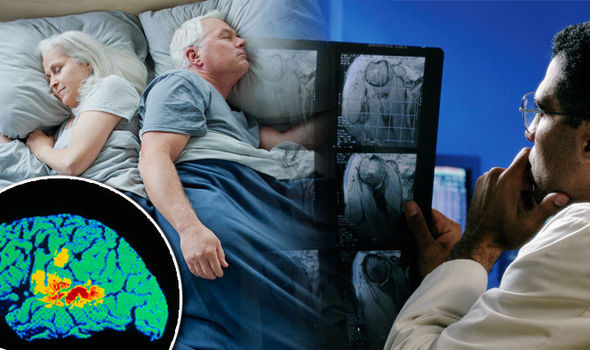 Over the past few years, there has been a lot of research linking sleep disorders and Alzheimer’s Disease (AD). Anybody who has taken care of people with AD knows that the patients have very abnormal sleep patterns. The big question researchers have been asking lately is whether the sleep disorder is due to AD alone, or could sleep disorders, in fact, cause or worsen AD. What came first, the sleep disorder or the AD?

What do the latest data show us?

We discussed this subject a bit in a previous blog on Mar 22, 2017 (“We Need More Sleep. So Why Don’t We Get It?”), researchers (Xie et al. Science 2013) had found that brain activity is quite pronounced during sleep in helping clear out metabolic products from awake periods. Specifically, one of the key metabolic products removed was beta-amyloid, the protein linked to Alzheimer’s disease. Additional research published this year in the journal aptly-titled “Brain” (Ju et al) looked at the effect of even a short period of sleep deprivation on beta-amyloid. Researchers had health adult volunteers undergo sleep disruption while being monitored and then performed spinal taps to sample the brain fluid (cerebrospinal fluid) for beta-amyloid. They found that even one night of sleep disruption increased beta-amyloid level and, over several days, this lead to increases in another protein linked to AD, called tau. This is a remarkable finding suggesting that even acute sleep issues will increase the risk of the AD-related protein buildup.

The next logical question was whether this directly was linked to future AD and not just a lab test finding. Just last month, at the Alzheimer’s Association International Conference in London, three different studies from researchers in Illinois (Hogan et al) examined this question. All three studies found that over a period of three years, patients with sleep-disordered breathing had greater increases in deposits in the brain of beta-amyloid, an early biomarker of dementia and AD. This was true in both normal patients and those patients who already had some mild cognitive impairment — suggesting that it was not just an association for people already having some cognitive issues, but can potentially worsen dementia and AD. Although these studies do not prove a causal link , they are among the first long term studies showing worsening cognitive function in patients specifically linked to sleep disorder.

We know sleep apnea is linked to numerous other chronic conditions such as high blood pressure, stroke, diabetes, heart disease, mood disorders, and obesity. All this latest evidence suggests that we should add AD to the list. An intriguing question is whether sleep disorders may cause dementia or Alzheimer’s Disease – or any of the conditions mentioned above. It. So with AD, it appears that sleep apnea is both the chicken and the egg.

Since there are good treatments for sleep apnea – but not for AD and dementia – getting yourself tested for sleep apnea is a good way to rest more easily at night…and face a brighter future each morning.